Patients visiting an orthodontist often wonder how long they can continue using the same toothbrush before needing a replacement? However, the answer is not always cut and dried as different people use a variety of brushes and techniques.

The American Dental Association advises buying a new toothbrush at least every three months. An easy way to remember this rule might entail making a point of getting a new brush on the first day of spring, summer, fall and winter. The major reason for replacing an existing toothbrush involves the condition of the bristles.

In general, after three months, the bristles begin flaring outward. When this happens, the bristles do not make full contact with the teeth and gums. At this point, the bristles also become too weak to effectively apply enough pressure to clean correctly.

Nevertheless, the need for a new toothbrush may vary from one individual to the next. Someone who prefers a softer brush but who applies more pressure when brushing may find that the toothbrush may not last three months. On the other hand, a stiffer bristled brush may last longer than three months.

There are many people who are under the mistaken impression that changing a toothbrush is necessary due to microbial growth. Actually, microbes need far less time than three months to form colonies. The inside of the human mouth also contains good bacteria that help fight against harmful organisms.

Keeping toothbrushes germ-free typically requires thoroughly rinsing the brush with hot water when finished brushing. The toothbrush should also be stored in an upright position, allowed to air dry and not come in contact with other brushes. In the event of an illness, there is no harm in replacing a toothbrush sooner than three months.

If needing to visit an orthodontist, considering Invisalign correction devices or have questions about your oral health, call the office of Dr. Joel Gluck. We’d be happy to answer your questions and set up a consultation appointment if necessary. 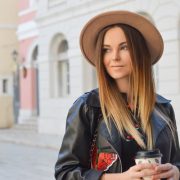 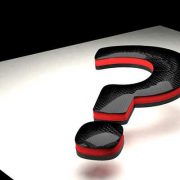 How Can Invisalign [Help] Straighten Teeth and Boost Self-Confidence Your Expression is Important 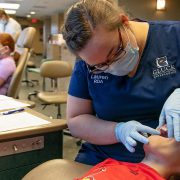 9 Signs of a Good Dentist
0 replies

Tooth brushing Mistake No.9: “Not Letting the Toothbrush Dry

Smile in the mirror. Do that every morning and you’ll start to see a big...
Scroll to top Call Us Now