Hey everybody, this is Dr. Jono from Gluck Orthodontics in Nashville Tennessee.

It’s about 5:15 in the morning and I’m up working on a presentation. We’re giving a big presentation tonight after work to some of the hygienists, and I’m putting the finishing touches on it. So I’ve got a little bit more to do before we start the workday, get that done and then get dressed and get off and going. So this is another day in the life of an orthodontist.

So, at 7:00 I’m leaving the house on my way into the office. Thankfully I only live a few minutes away. The last video that we did was really kind of a typical day in terms of going to the office,e seeing patients, and doing stuff like that. Today’s a little bit different. We’re seeing patients in the morning and then in the afternoon, I’ll leave a little bit early to go and get ready for the presentation that we’re giving tonight.

We also have a new clinical assistant who’s starting so that will bring up a whole other list of things that we’ll need to do today in terms of the onboarding process. I’m on my way in. It’s gonna be a fun day. Just like last time, we did our meeting at 7:30 and 7:40 with the team. The clinic’s now ready to start seeing patients!

All right so it’s the middle of the morning Gabby has a patient who’s here to get her braces on. Gabby’s already grabbed the patient, seated them, cleaned the teeth off, gotten everything ready and then I’ll go over and put the braces on. After that she’ll finish up the appointment from there.

We have a patient, Veronica, here today who’s getting her braces off. Usually the clinical assistants will take the glue off but I’m going to do it today and it’s one of my favorite things to do because it’s instant gratification. In orthodontics, mostly what you do is see a patient, do some work on them, then you don’t see how it actually turned out until six, eight, sometimes ten or twelve weeks later. But, removing glue happens immediately. It’s awesome!

Quick break during Veronica’s appointment. I’m getting everything ready to put on her permanent retainer which should go behind her bottom front 6 teeth. We really believe strongly that these are super important. That said it’s one of the most technically sensitive procedures that we do in the office, so we really want to make sure we take our time do all the necessary steps get it done right.

12:30 we’re almost done for the morning. Got a little bit of a break so I’m just finishing up my presentation for today. If it wasn’t for the last minute, nothing would get done. “Hey hey hey! What would you do this morning man?”

Let’s see. Well aside from getting up early to work on the presentation, I took off a set of braces, then took off a set of Invisalign, saw two new patients. Interesting one was a 26 year old who’s baby tooth was still there, and a permanent tooth was impacted.

What are you doing on that phone?

Right now I’m texting my buddy Tim. We’re going to a conference in Dallas on Thursday and we’re trying to decide if we’re going to work out.

Sounds like you’ve had an interesting and adventuresome morning.

So it’s 3:30 and today I’m leaving work a little bit early like I said. We’re on our way down to do a study club kind of lecture for some dental hygienists. We went ahead and loaded up the car. Two of the ladies from our office, Marilyn and Cindy, are already on their way down there. I’m going to go ahead and go get everything set up and we’ll get this thing going.

All right everything’s loaded up—got all the stuff in the back. Got my trusty iTero scanner because we’re going to do some scanning demonstrations. Should be really cool! So we’re on our way… let’s go!

We’re at the hotel and we’ve got everything set up. We’ve spent the last hour or so getting everything organized. Marilyn and Cindy did an amazing job. They brought swag and stuff. Everybody who’s coming to attend the lecture will have snacks. Adam, our Invisalign rep has graciously sponsored the event, which is fantastic, so it’s really going to be a lot of fun and now it’s kind of the calm before the storm.

It’s 4:45 and people will probably show up in the next hour or so, it’s going to be fun.

We just finished the lecture. It’s almost 8 o’clock. Everything went really great. I’m having a hard time talking because I just put the last hour and a half talking but we’re gonna get everything cleaned up and then it’s off to get home.

It’s 9 o’clock. I’ve just got home. The presentation went really well but after being on my feet and speaking for the last three hours I’m pretty tired. I might have a little bite of dinner and then try to get to bed early because it’s been a long day. So, hope you guys enjoyed this, another day in the life of an orthodontist. We’ll try to do it again soon in a couple of weeks. Questions or anything leave us a comment, find us on Instagram: @gluckorthodontics, Facebook: Gluck orthodontics and have a great day. – Dr. Jono

A Day in The Life of an Orthodontist (Part 2)

Can I Wear Braces During Pregnancy? 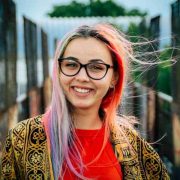 Can Retainers Fix a Slight Shift of Teeth? | FAST FACTS 2021 Improve Your Appearance With A Smile First Appointment To An Orthodontist in Brentwood

Tooth Decay in Athletes is Common in 2021 | 5 REASONS WHY 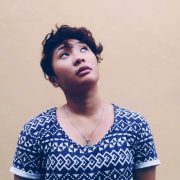 [Will the] Orthodontist Remove My Braces Due to Decalcification?
0 replies

Curious About Removing Braces Yourself? | 9 REASONS YOU SHOULDN’T
Scroll to top Call Us Now